What You Can Learn About Your Business From Video Game Streamers 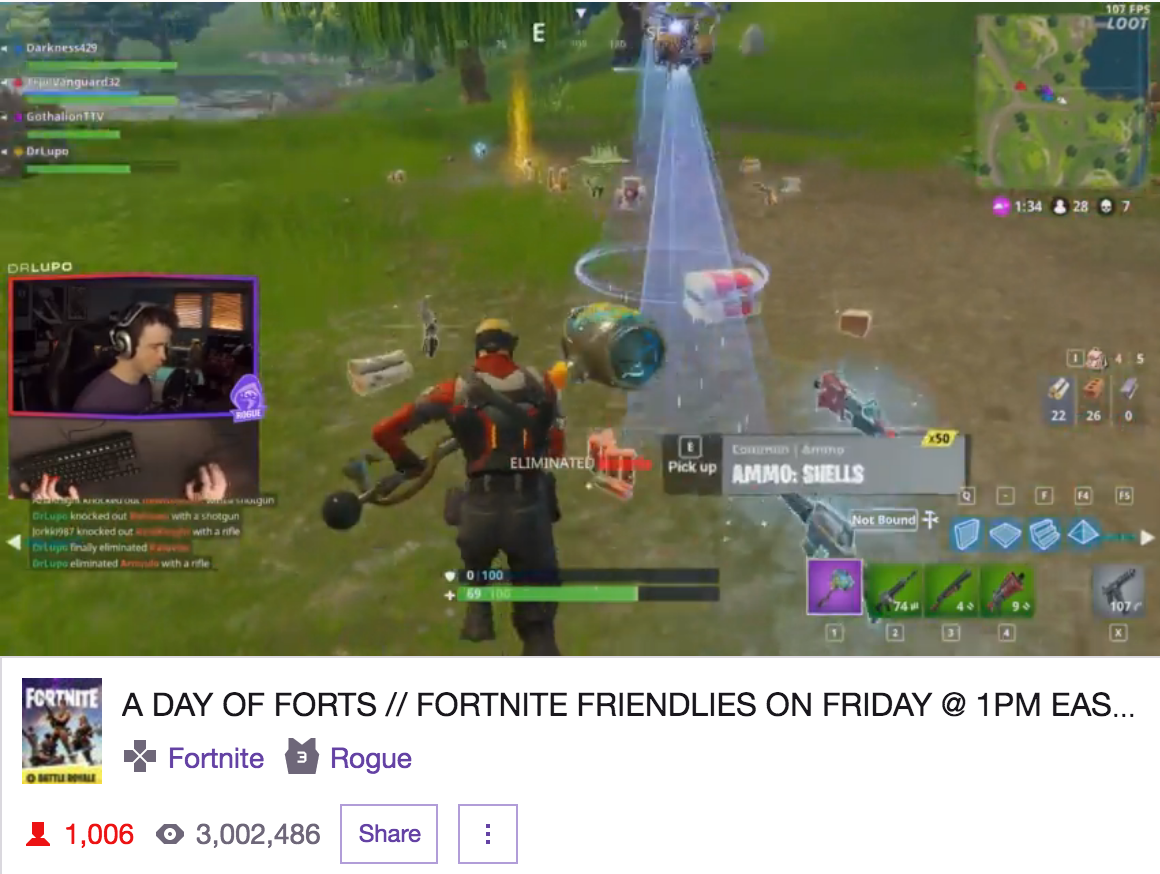 Did you know that there is an emerging business model where people play video games all day long and get paid for it?  I’ve been a gamer most of my life and often find that I’ve spent over an hour a day watching other people play the games I enjoy.  From how active their channels are, I’m not the only one.

Obviously, I found myself analyzing what they do.  How do they make their money?  What are they doing that the rest of us should be doing in our own businesses?

Here is a list of the major points I’ve figured out:

Even if you have no interest in video games, it’s worth watching a popular streamer for an hour just to see how they interact with their audience.

Some of the conversations are flat out ridiculous, but it’s obvious that these gamers are having a great time.

They show respect to everyone that shows it to them.

In fact, they’re brutal if a “troll” ever starts picking fights or being rude.  Even better, their audience appreciates when they burn a rude newcomer.

It’s community at it’s best and it would be good for any business to embrace the way these people do things.

One Path To Multiple Income Streams

One of the things I respect most about Streamers is that they have their hustle down.  Completely.

They know exactly what their communities are willing to buy and they have zero hesitation when it comes to using it to their advantage.

Here is how they do it:

Subscribers – If you visit a streamer’s page and enjoy hanging out there, the best thing you can do is subscribe to their channel.  It costs between $4.99 and $24.99 on Twitch and you gain access to exclusive emotes you can use while in their chat.

Obviously, the smart ones don’t ask you to subscribe.  It’s a simple way to show you enjoy what they do.

Donations – Most Streamers accept donations via Paypal.  Again, most won’t ask for them.  It’s another way to show you enjoy their stream.

Patreon – Most male streamers don’t have these, it seems that Patreon is mostly used by Streamers that also do Cosplay.  Cosplay is where a person uses outfits and makeup to impersonate a character from movies or popular games.

A lot of the Patreon users I’ve seen use slightly dirty images (not fully naked, but in lingerie) and give special packages and filled with pictures, polaroids, and other items.

Subscription levels vary and go from $1 to $100 per month.

Sponsorships – A Streamer is simply an Influencer in different clothing.  Some of them have tens of thousands of viewers every day.  It only makes sense that brands that appeal to gamers are throwing money and merchandise at Streamers to get them talking about their products.

While it’s not always the case, many times this results in an affiliate relationship where the Streamer gets paid a percentage for every customer they refer.  Other times, the company will send free gear to the Streamer in exchange for them talking about the brand.

Whether they’re paid in money or products, it’s a very smart way to get something extra for doing fun work.

They do the same things we do.  They have graphic designers build their logos and take funny comments that resonate with their communities and turn it into shirts, mugs, and other items.

While that may not apply to your business, it’s a great lesson on taking advantage of every imaginable monetization possibility.

Once upon a time, there was a video game Streamer that had a small audience of a few hundred people.  They were obviously sad and the people watching asked what was wrong.

The Streamer, near tears at this point, started spewing out every imaginable problem and started begging for money.

Outside of a few fiercely loyal viewers, most people instantly left.  I don’t know if the streamer got any money by begging, but it was an ugly moment and not something most people wanted to be a part of.

The lesson here is this:  Earn your money.  Don’t beg for it.  Even if things get rough, do the work and get paid for the work you do.

Working With Buddies Is Fun

The best example of the power of their communities is when these Streamers play together.  They get to add new members to their community and the list of paying subscribers grows automatically.

When it comes to the rest of us, it’s a great lesson in fun.  I can personally get lost in the details of my business and have times where getting something done is tough. What would it be like to divide up the work with a buddy and share whatever profit you were able to produce?

While I’d love to play video games all day and get paid for it, I do love what I do.

Yet, these Streamers have their businesses well laid out and have figured out how to play all day long and get paid to do it.

You have to respect their hustle.

Ross is a best-selling author and world renowned traffic expert with a focus on helping you find your customers and reach them by being everywhere they're looking. With more than a decade of experience selling online, Ross is going to help you reach more people, faster.

Apply To Sell TrafficLog In
x

Sign Up as an Advertiser
(I want to Buy Traffic)